I’ve interviewed a lot of musicians, audio engineers, and music producers. How many, exactly? Well, I started doing it professionally in 1993, and stopped counting at a thousand, which was quite some time ago. Especially with an artist-centric company like ESP Guitars, talking to rock stars can practically be a daily occurrence.

Despite the frequency of these discussions, I really never get bored doing it. Whenever I’m scheduled to interview a musician, I make it a point to listen to their music ahead of time if I’m not very familiar with their work, or to give myself a refresher on what they’ve done lately if I am. There’s always some amount of research involved, and the results are pretty immediate; it’s pretty common for my interview subjects to let me know that they enjoyed my questions. Perhaps, being a musician and recording guy myself, I tend to approach interviews from a different angle than most of the folks who talk to them from a fan perspective.

Regardless of all that, I particularly enjoyed doing a recent interview for ESP Guitars that just went live today. It’s with Vernon Reid of Living Colour, a band that was super influential to me personally. Their debut album Vivid hit just as I got out of high school and was just at the start of what would become my adult life. It’s a tumultuous time for most people, and the frantic playing of Vernon, along with what I found to be a super unique style of songwriting and performance, was a great soundtrack for my feelings in the mid/late ’80s.

This was an interesting situation for an artist interview in that unlike most of my other subjects, Vernon is not a current endorsee of the company (and is an endorser of another brand). In this case, the guitar being promoted is meant to commemorate a time period in ESP’s early years, so we had to tread slightly more carefully than in a typical artist endorsement situation.

One thing that’s very important in all of my writing: the truth is what matters. At no point did I imply that Vernon was an endorsee of ESP, and in fact, the piece’s introduction clearly states he is not. For a good writer, there’s always a way to position a product or service in its best light without resorting to the lazy and ethically questionable practice of lying. Finding ways to effectively promote a brand without hyperbole or dishonesty ensures that my clients never have to make excuses down the road.

In any case, for a great example of an interview that went well, read the whole thing here at the ESP site. 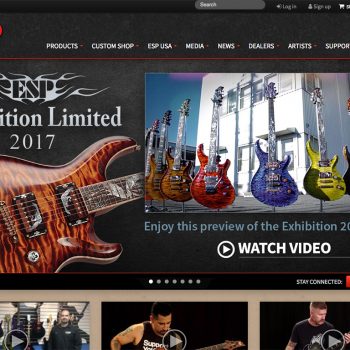 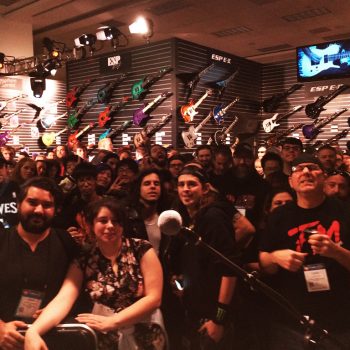